The Android 10 beta is in full swing for the Galaxy S10 and Note 10 but is set to be extended to the Galaxy S9 and Note 9 at some point in the not-too-distant future.

For those that have either of the 2018 flagships, this is exceptional news and really cements Samsung’s progress with support for older devices rather than simply pushing them aside without a second thought.

[Update 11/27]: So, the rollout of the Android 10 beta for the Note 9 and S9 has now moved beyond the South Korean borders and Indian tech fans can get a taste of One UI 2.0 on their Galaxy devices. The beta program has opened up via the Samsung Members apps (via SamMobile) and comes in the form of 2GB download once you have enroled.

This points to a wider global rollout over the coming days, it wouldn’t be too much of stretch to expect the Android 10 beta on US shores by the end of the month — although that is pure speculation on our part.

The beta file itself also includes the November 2019 security patch and is available as build number N960FXXU4ZSK7. Our advice is to keep an eye out for the banner ads within the Samsung Members app over the next few days. It’s also worth noting that if you are excited for the beta, it will only be available to those with unlocked devices.

[Update 11/20]: As expected, the Android 10 beta for the Galaxy Note 9 has now opened up in South Korea. This means that the One UI 2.0 build of Android 10 should be available very soon for those who have enroled. The Galaxy S9 series beta is set to open next week. (via SamMobile). 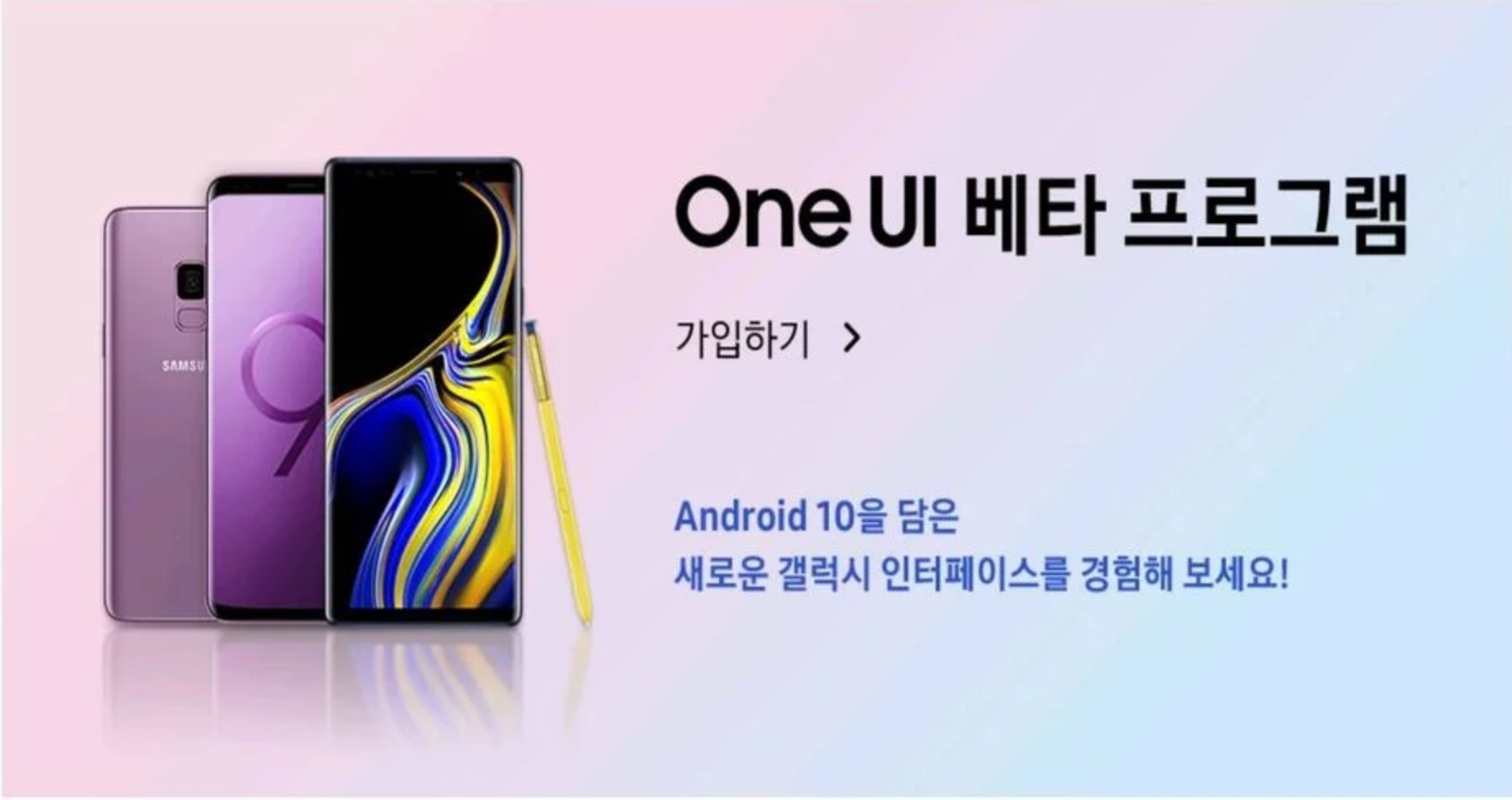 We’re expecting the One UI 2.0. beta to head to more regions over the coming days and weeks, with the US, UK, Germany, France, Spain, and India likely to be the next set of destinations. As for a release timeframe, it’s unclear just when you’ll be able to get the Android 10 beta on your Note 9 or S9 — although we’ll be sure to let you know when you can.

It was confirmed that we’re likely to see the updates over the coming weeks after a Samsung Beta Operations Manager responded to a post over on the South Korean Samsung Community pages (via SamMobile) stating that the Android 10 update is likely to come to the Galaxy S9 and Note 9 within the next week.

This really is fantastic news for those hoping to get Android 10 in the coming months, as getting test builds out is a sign that we’ll see stable builds potentially before the year is out. That said, as this is only confirmation of a Korean Android 10 beta, it may take a little longer for localizations and carrier builds to be offered globally.

All of the brand new controls and features as part of Android 10 should really help freshen up the Galaxy S9 and Note 9 — which despite being over 12 months old at this point really are fantastic smartphones. One UI 2.0 takes many of the base Android 10 features and adds a touch of Samsung ‘sheen’ to give you the trademark experience we’ve come to expect from the South Korean tech giant.

Of course, should we know any further details on the rollout, we’ll be the first to let you know when you can register to be part of the beta.

Save £30 on this small and powerful Sonos speaker