VPN services give you extra privacy when using the internet and add an extra layer of protection when sending sensitive information (such as payment details) to websites and services. But they can also unblock video streaming services such as Netflix, as well as other videos and websites not available in your country.

A VPN can also secure your Wi-Fi connection when you’re using public Wi-Fi networks in cafes, airports and hotels.

Below you’ll find deals from
Ivacy,
Surfshark and other top-rated services.
NordVPN is one of the
best VPN services and although it’s more expensive than rivals, its deal is still a good one.

Another reason we’ve gone for the total price is because those monthly prices often exclude tax and include ‘free’ months, which means they can be quite misleading. We can’t provide the exact prices with tax everywhere as it varies, but for the UK, where VAT is 20%, we’ve added it on wherever services charge it – not all VPNs do.

Price isn’t the only factor to think about when choosing a VPN service, but if you only want to unblock video and websites, you don’t need to worry too much about the privacy credentials of each service. Just check, ideally by reading our VPN reviews, that the provider you’re considering signing up to actually unblocks the streaming services you want to watch.

Ivacy’s deal is one of the best around, knocking a whopping 88% off the usual monthly price.

Ivacy offers a great service which supports P2P downloads, unblocks streaming services (including Netflix and Disney+) and, like any VPN service, gives you security when using public Wi-Fi and privacy when browsing the web.

You can use it on up to 10 devices at the same time, but even if you use it only on one or two, it’s still one the cheapest VPN deals around. Plus, as a bonus, you also get a password manager included for the first year!

CyberGhost is a great VPN service and its current offer is for a 40-month subscription. It’s touted as a three-year deal with four months free, but click through and you’ll see you’re actually charged for all 40 months at the monthly price quoted.

It’s a practice we want VPNs to ditch, but since the renewal price remains the same and doesn’t get hiked up (as it does with NordVPN and Surfshark), it’s still a good deal.

CyberGhost is great for unblocking streaming services, so if that’s what you want a VPN for, it should be a tempting deal.

You’ll find CyberGhost in our round-up of the best VPNs.

PureVPN’s latest deal is for a two-year subscription that will cost you $53.95 (around £44) and you get three free months on the end.

Yep, it’s because PureVPN is counting the ‘free’ months as paid in order to make the price look cheaper. It’s a shame, as even at $2.25 per month, this is a good deal.

As with all the deals here (and with all VPN subscriptions longer than a month), you pay for the full subscription up front – not per month.

Surfshark is currently offering 82% off its two-year subscription, plus two months free.

This isn’t the absolute best deal we’ve ever seen from the service, but it’s still a great price for two years’ access to a top VPN service, which is also one of the few which doesn’t put a limit on the number of devices you can use with it at the same time. In fact, it’s almost half the price NordVPN is currently charging. 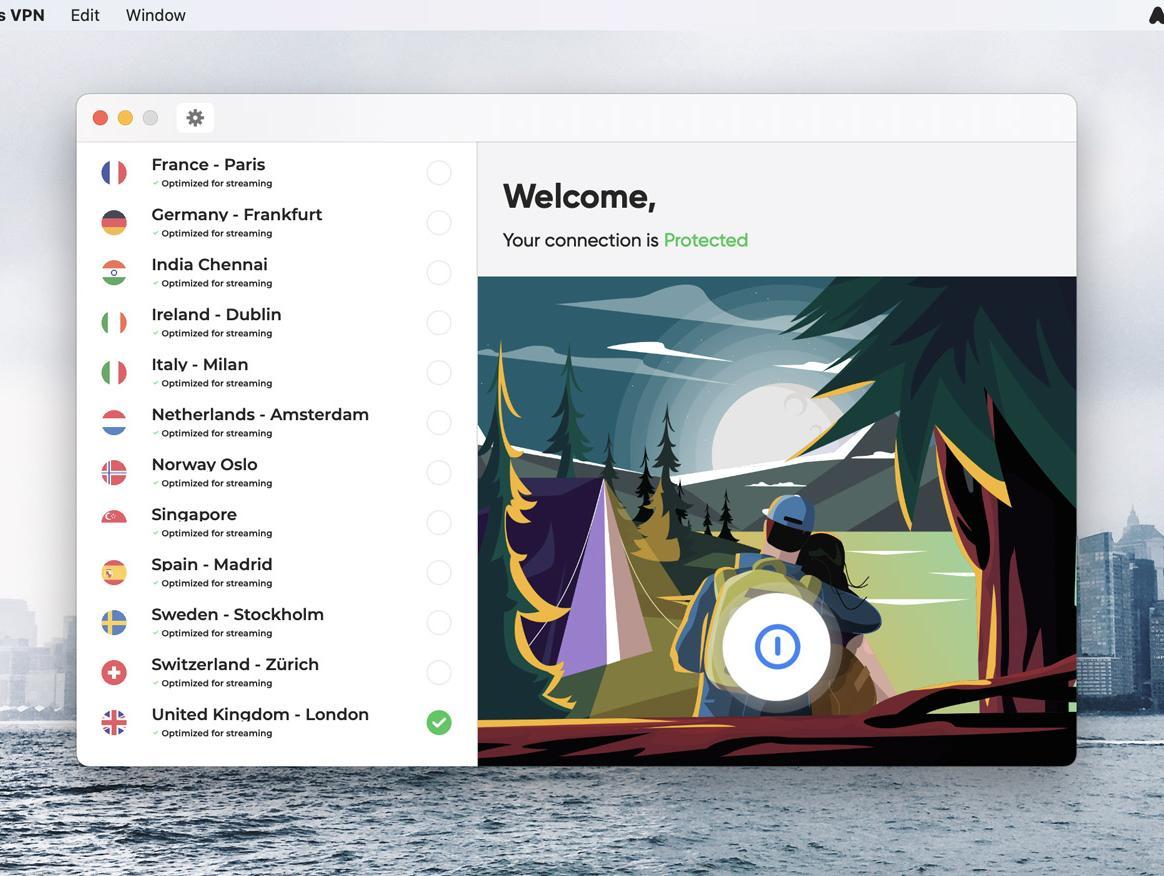 Atlas VPN is a relatively new services, but it offers 32 locations including Japan, with Netflix support.

It doesn’t tick as many boxes as NordVPN or Surfshark, but if you’re just looking for the lowest monthly price, then this deal should be tempting, especially as Atlas VPN doesn’t put any restrictions on the number of devices you can use with the service at the same time.

Private Internet Access is offering 81% off its two-year subscription.

The monthly price shown on PIA’s site counts the extra months not as free but as paid months. It’s a cheeky way of making it look a bit cheaper than it really is.

But it’s a good deal overall for this trusted service: it’s one of few VPN services that have made the source code for its apps public so it can be scrutinised.

This deal gives you 52% off the renewal price (as opposed to the monthly price, which is why NordVPN’s discount appears lower than its rivals), and applies when you sign up for the two-year plan.

The UK prices shown here include VAT, which is why they look more expensive than the prices you’ll see when you click through to Nord’s website (it’s £3.47 per month, not £2.89). It’s still 52% off, but Nord presents all its prices without tax.

NordVPN is by no means the cheapest VPN service – even with this deal – but if you want the best all-round VPN – it’s top of our round-up of the best VPN services – then this is deal to go for.

Unlike most VPN deals which are subscriptions for a set number of years, FastestVPN’s is for a lifetime subscription. We asked the company exactly what that meant and were told “we will never terminate their accounts”.

Plus, you’ll get a year’s cloud storage thrown in – 2TB with Internxt – and a password manager.

FastestVPN isn’t the best VPN service around, and it’s not the fastest either. It has far fewer locations and servers than most. When we tested it, speeds were good over IKEv2, but terrible over OpenVPN, which is what you need to use to unblock services such Netflix and Disney+ in the US.

Hidden24 is a VPN service with a difference: it doesn’t require an app. It will suit anyone wanting a VPN for absolute privacy as it logs precisely nothing.

Your device will need to support a VPN connection natively, but Windows, Android, iOS and macOS all do.

Hidden24 is also a great option if you don’t want to sign up for a long time: it’s around half the cost of its rivals if you just need a VPN for a month. 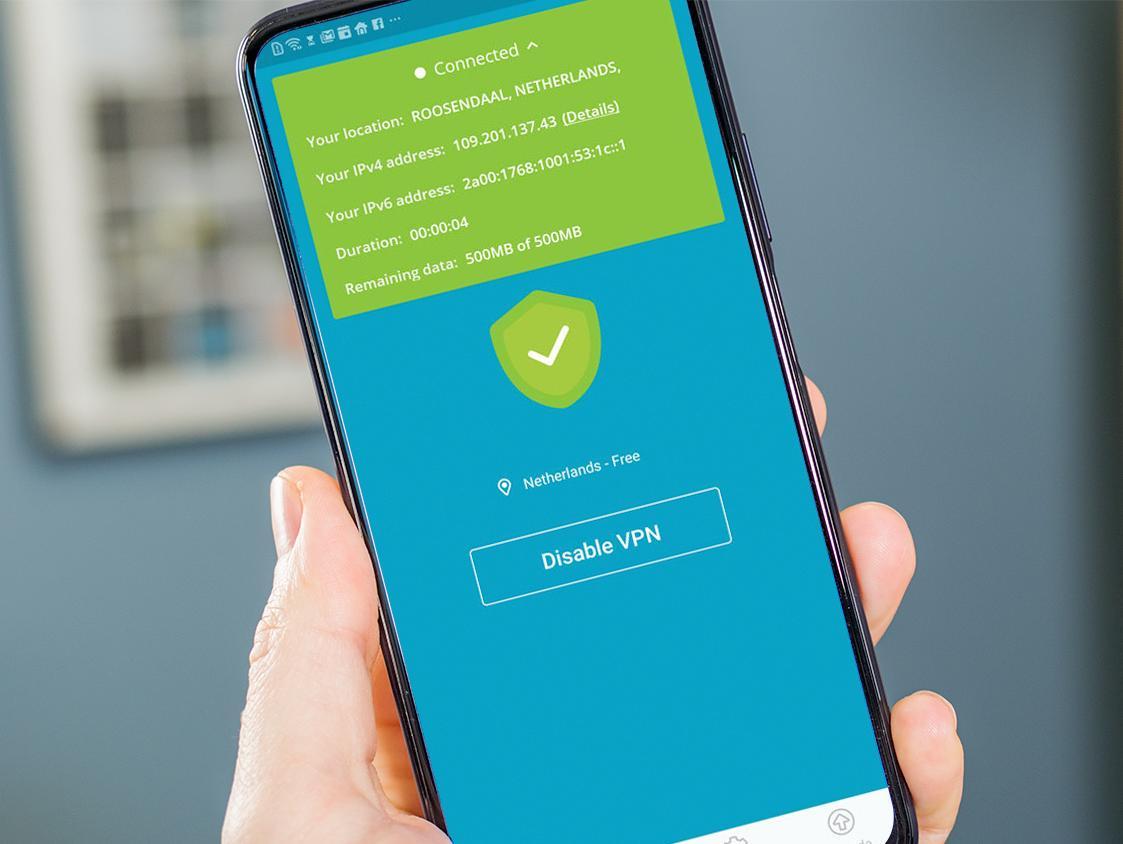 Hide.me is celebrating its 10-year anniversary and offering a great two-year deal as part of it.

As with so many of these deals, the ‘free’ extra three months are factored into the monthly price shown, meaning they’re not free at all. Or the real monthly price is actually higher ($2.91 / £2.91).

Regardless, you’ll pay for the entire 27 months upfront and it’s a good deal compared to the prices Hide.me usually charges. Plus, the subscription renews at the deal price, which is a bonus.

VPN deals: What to look for

A VPN (Virtual Private Network) is designed to keep prying eyes away from your online activity by preventing websites from knowing your true location and, to some extent, your identity. VPNs don’t make you anonymous if your activity reveals who you are, such as when you log into a website.

However, the technology can help protect your identity and sensitive information, particularly on public Wi-Fi networks since they encrypt the connection, and most public Wi-Fi doesn’t require a password, which means there’s no encryption.

A VPN can also allow you to access blocked content, which is the primary reason most people are looking to get a VPN. Obviously, look for a service that has servers in the country you want to access content in (such as Japan and USA) but check, too, that it can unblock the services you want to watch, such as Netflix, iPlayer and others.

VPN subscriptions usually allow you to use the service on more than one device, including a PC, Mac, Android or iPhone as well as streaming devices such as an Amazon Fire TV Stick. This means the cost of the subscription per device is really cheap so long as you take full advantage and use it on as many devices as you’re allowed.

You can also find out
everything you need to know about using a VPN and see which are our favourites in our
best VPN roundup.